Shri Arun Kumar, DGP, RPF joined the thanks giving event Leadership During Crisis: Learning from the Forces. He had been a part of important cases like the Arushi Tarwal murder case. Shri Arun Kumar joined the Indian Police service in the year 1985.He is currently the DGP of Railway Police Force. The Railway Police Force has the largest network across the country. In his short speech at the event, the esteemed DGP Shree Arun Kumar talked about the unprecedented scenario that the pandemic has brought forth. He said that the Indian Railway had not shut operations completely except on the day, the father of the nation Mahatma Gandhi was martyred.

He also shared the magnitude of the challenge that the RPF faced as they had to shift their attention from the routine duties of the upkeep of the railways to the safety and care of the poor people and the migrant laborers in the vicinity of the railway stations. The responsibility of ensuring the unhindered supplies of food and other essentials to the different parts of the country was also a daunting challenge that the RPF took up courageously. He shared the experience of operating the Shramik special trains started for enabling the movement of migrant labourers across the country. 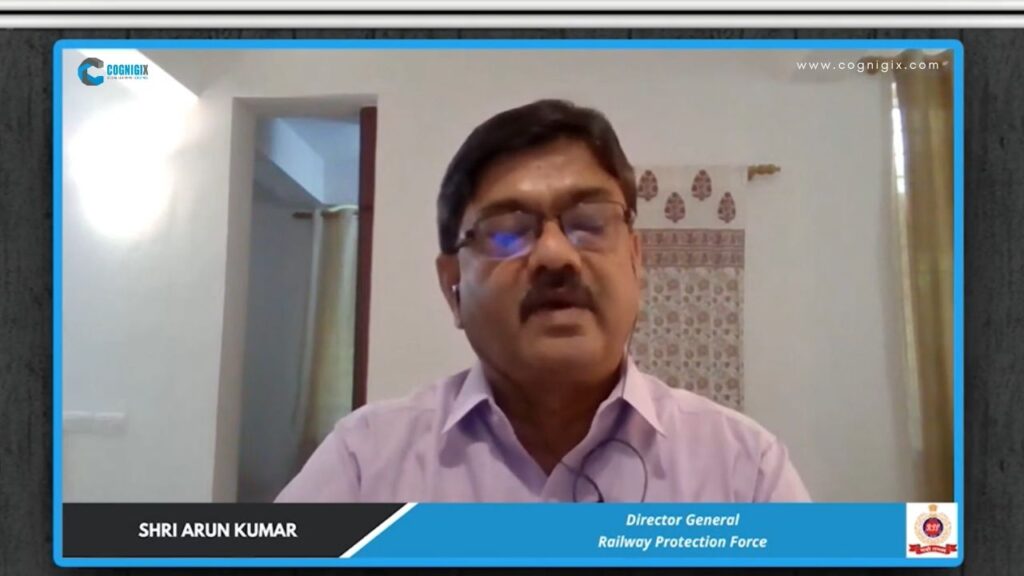 Managing a force that spread across a vast geographical area is also a major challenge. The socio-political nuances of these geographies pose their own challenges. Several medical emergencies that demanded immediate attention also cropped up during these tough times and were aptly taken care of. Shri Arun Kumar thanked the high-level centralized leadership that involved the minister of Railways and cabinet secretaries as well for their visionary guidance.  He also went on to applaud the achievement of the RPF personnel and congratulated them for being able to respond not just with courage but always with an understanding smile on their face. The RPF came up as an epitome of discipline and dedication in these tough times.

The RPF ensured the distribution of lakhs of food packets, the strict implementation of social distancing and the tactful deployment of the mobile police forces. The high-level implementation committee of which Shri Arun Kumar himself was a part kept in constant touch with the specialists in disaster response. The National Disaster Management Authority was in constant coordination with the efforts of the RPF to ensure safe travel of passengers. Indeed, the response of the RPF was a token of selfless and fearless bravery in the wake of a ravaging disaster.

Overall, the corona mitigation efforts are clearly impactful when groups of people come together and cooperate to fight the disaster together. The role of inspirational motivation plays a key role here. Shri Arun Kumar pointed out that first RPF constable who recovered from COVID was asked to make an experiential video that was shared across the force. The aim was to point out that the disease is not only preventable but can also be overcome. With a heavy and yet proud heart Shri Arun Kumar also recounted the 15 RPF men that were martyred for the noble cause.